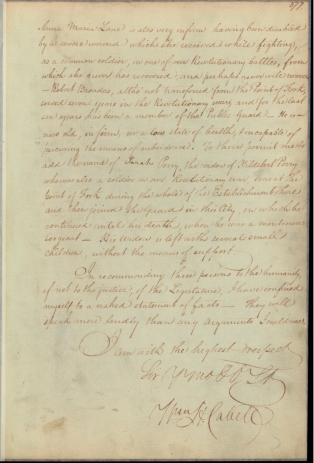 Women’s History Month is dedicated to celebrating extraordinary women and encouraging the women of today to be the same.  Throughout American history, there are multitudes of women who certainly were put into extraordinary situations and rose to the challenge to make their place in history. Throughout the American Revolution, women were generally not allowed to serve in the armies so they accompanied their husbands to war as camp followers assisting with the cooking, cleaning, nursing and other domestic tasks needed by the army. This is no small feat considering that women were exposed to the hardships and challenges of war, working without the modern technology we take for granted today, and doing it all in skirts. However, one woman named Anna Maria Lane not only followed her husband into war, but she joined him in battle becoming the only known woman in Virginia to serve as a soldier during the American Revolution.

Not much is known about Anna Lane in the years before the American Revolution. Historians believe that she was born at some point in 1730s in New England—either New Hampshire or Connecticut.  In 1776, her husband, John Lane, joined the Continental Army in Connecticut under General Israel Putnam and Anna followed him. It is unknown when exactly Anna Lane donned men’s clothing or how often she did it. Did she join him masked as a young man? Did she follow the camp wearing the uniform just during battles? Did any of the other soldiers know what she was up to? Those questions are unfortunately left unanswered, but what historians do know is that she was dressed as a soldier and fought alongside her husband during the Battle of Germantown in 1777 in which Washington’s forces unsuccessfully attempted to retake Philadelphia from the British. During the battle Anna was wounded in the leg, which unfortunately left her lame for life. 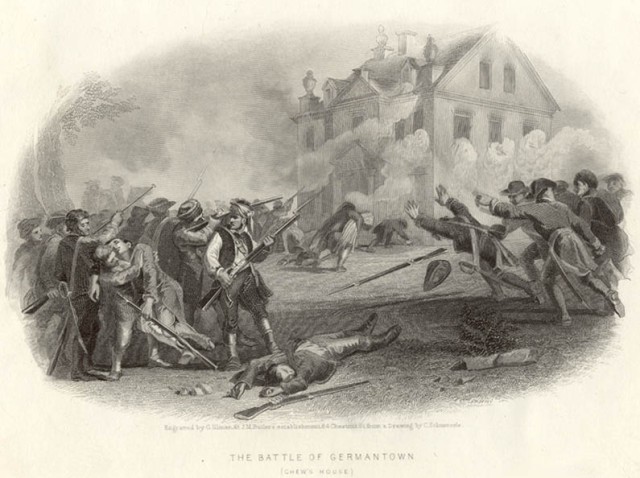 The Battle of Germantown, by Christian Schussele.

What historians know today about Anna Lane come largely from her records concerning her pension for she is in fact one of only three women in the Commonwealth of Virginia to receive one after the war. After the war, both Anna and John moved to Richmond, where he worked for the public guard. In the early 1800s, both of them were struggling to make a living in their age for John could no longer serve in the public guard. In a letter from William H. Cabell to the Speaker of the House of Delegates in 1808, Cabell requests a pension for them for:

“…They have been worn out in the public service; now without property or money                    and their age and infirmities rendering them unable to procure either, they must be
sent forth to beg or starve, unless the humanity of the Legislature shall interfere—
Their names are John Hays, William Hopkins, & John Lane—The wife of the last
Anna Maria Lane is also very infirm having been disabled by a severe wound which
she received while fighting, as a common solder, in one of our Revolutionary
battles, from which she has never recovered…” 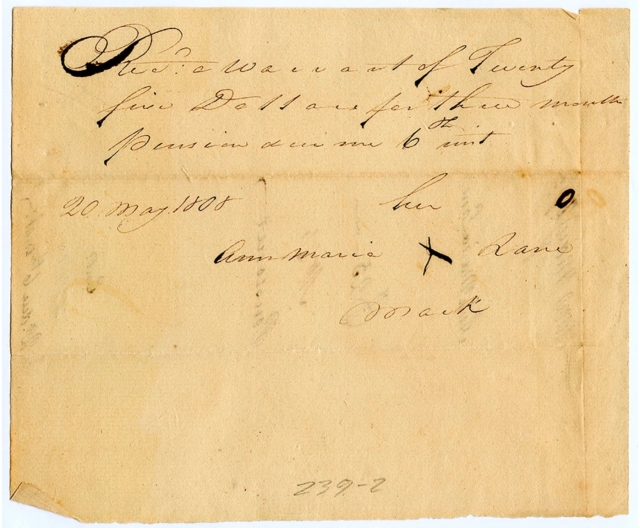 Both John and Anne received a pension shortly after Cambell’s request. John received the typical $40 a year while Anne received $100 a year! Interestingly, although Anne was a woman, she was a veteran who was permanently disabled by the war while her husband was not. However, she received her pension for only two years before she died in June, 1810. While she was the only woman to receive a pension in Virginia, three other women received pensions from the American Revolution:

-Deborah Sampson Gannett who served as a soldier and was honorably
discharged when her sex was revealed because of a wound.

-Mary Ludwig Hays McCauley who inspired the “Molly Pitcher” story carrying
water to soldiers during the Battle of Monmouth and took her husband’s place at
the cannon after he collapsed.

-Margaret Corbin who took her husband’s place at the cannon when he was killer              during the Battle of Forth Washington. She was also wounded during the battle
and later served in the Invalid Regiment.

While the story of Molly Pitcher is well told, these other women largely remain unknown and true to the meaning of women’s history month, they should be commemorated for they truly did something extraordinary.