Continuing to our build-up to the September 28, 2019 symposium Before They Were Americans, today we are highlighting Stephanie Seal Walters. Walters is a PhD Candidate at George Mason University. Her dissertation, “As I Glory in the Name of Tory”: Loyalism, Community, and Memory in Revolutionary Virginia, 1760-1794, focuses on loyalism within the different cultural and geographical regions of the colony of Virginia. For the symposium, she will be speaking about the impact of smallpox on the American Revolution during her talk “Smallpox to Revolution.” 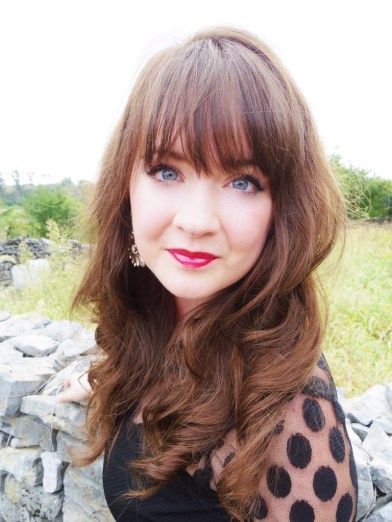 What do you believe was a significant event in the American Revolution era that not many Americans may know about or recognize?

The paper I’m presenting for the Emerging Rev War conference is a great example of an American Revolution event not many people recognize–although that is changing. In the last two years or so historians such as Keith Mason, Taylor Stoermer, and I have started to explore the impact of the smallpox riots in Virginia from 1768-9. A few historians in the 1960s and 1980s quickly covered the subject in histories of Virginia, but very few have studied the event at length. Basically–a group of immigrated Scots merchants in Norfolk had their families inoculated against smallpox during an era of Virginia history where inoculations were thought to spread the disease instead of preventing it. A group of local men harassed, physically abused, and mistreated these families the evening they were inoculated. Interestingly enough, a few years later the inoculated considered themselves loyalists and the local mob identified as patriots. Further research into this situation reveals there was already a history of mistrust amongst these two communities which hit its apex during the smallpox riots. This triggered a them vs. us mentality that continued into the 1770s. This moment in Virginia history is significant because so much of the historiography on the American Revolution focuses on the coming of the Rev for Virginia. This story helps piece together our understanding of why Virginians chose to declare independence and why others did not. Of course, it’s a lot more complicated than a quick overview and I look forward to getting into the details at the conference.

What first attracted you to the study of early American history? What keeps you involved in the study of this history? Do you find these things are the same or different?

I’ve been interested in history my entire life. I honestly can’t remember a time, even in early childhood, where I wasn’t obsessed with the past. However, my love of American history came much later. Initially, I wanted to study Medieval or Early Modern European history. My dad, who loved US history, forced me to sit down and watch the HBO miniseries John Adams when I was an undergraduate. Only one episode in and I was hooked. After a series of academic events and life interests, I managed to find my way into the study of loyalism in Virginia during the American Revolution. The best thing that has kept me involved and interested in my work was being accepted to George Mason University for my Ph.D. program. Living where so many of the events you study took place is almost like getting to live in my personal Eutopia. I’m a stone’s trow from Williamsburg, Richmond, Alexandria, etc. Just one drive down a Virginia highway and I have a handful of historical markers to remind me why I’m here and studying the Revolution. It’s incredibly immersive and motivating. It also doesn’t hurt how many members of my surrounding community are interested in Virginia history. Yes, we might be surrounded by a million Civil War sites, but I can always find someone or a history/genealogy society interested in hearing about my area of research.

Do you believe the impact of the American Revolution is visible on our current society? In what ways?

When looking at the American Revolution and then tuning in to current events in our country, I usually shake my head and say to myself–“Oh no. We are doing it again.” Studying loyalists has taught me a lot about the nature of humans and how actions or beliefs are perceived by others. I’ve researched numerous accounts of average patriots and loyalists from the state of Virginia and it is very easy to sympathize with both. For instance, I have one loyalist whose entire family heritage consisted of service to the British crown. Their entire livelihood and ability to feed their family was wrapped in British trade. This individual–while a Virginia native–still had close family living in London. On the other hand–what about the patriot who was promised western lands after the French and Indian War and was essentially cut off by the Proclamation Line of 1763? His tobacco crop is failing and debtors in Glasgow are threatening to call in his debts? He has a family to feed, defend, and take care of too. Both sides have deep seeded personal and social reasons for choosing loyalty or patriotism. Can you really be mad at either? When I think of the political polarization of the United States today I see a lot of the same things. Both sides like to treat the other like an 18th-century macaroni–grossly exaggerated and inflammatory. A lot of patriots and loyalists could not see past the cultural exaggeration of the other, just as we fail to see the same today. Not every patriot was a Son of Liberty. Not every loyalist was a Stamp Tax Collector. Maybe we can rise above it. Maybe we won’t be able to. It seems to be a pattern across the majority of US History. The American Revolution is visible in our society today. Unfortunately, it’s the part where we cannot see eye to eye with each other–or even make the attempt.

Any time I see an organization use some pie chart that displays the percentage of loyalists vs. patriots vs. neutralists during the war, I would be lying if I didn’t say I wasn’t frustrated. What do these charts mean and what exactly are they trying to prove. What is a loyalist? What is a patriot? I keep a dataset of every Virginia loyalist I come across and each one is different. Some are loyalists at the beginning of the war and sometime around 1780, they change their minds. Others would be considered neutral until Cornwallis’s Southern Campaign and join his bandwagon at Yorktown. There are those counted as patriots who do the exact same thing. How do you quantify this? It’s a question I’ve asked myself for years and yet some scholars/organizations feel perfectly comfortable attaching a hard number to this very complicated situation. Do we only count loyalists as those who submit Loyalist Claims or find themselves displaced across the British Empire? Does that mean we can’t count my backcountry loyalists who never file their claim and hightail it to Kentucky county or the Missouri country after the war?  What about the people who assimilate back? What about men who do not fight in the Continental Army or a militia or supply the army? Are they automatically not considered patriots? When I think of the loyalist “side” of the Revolution I see a very romanticized definition–at least coming from the winning patriots. When building a founding narrative there has to be a group of winners and a group of losers. Unfortunately, a lot of those inflated statistics like to cast loyalists as a tiny percentage of colonists living in America at the time of the war. We don’t know that. We just have ship logs and claims from those who fled or produced such documents. Plus we don’t account for our Patriot flip-floppers who had no problems selling goods to the British during Valley Forge. That’s the problem with static, black and white narratives–they don’t account for human nature and a long war where people had the ability to remain ardent, change their minds, or have no opinion at all.

Do you think there are common misconceptions of the era of the American Revolution among the American people? If so, what are they and have they ever affected your work?

I think one of the biggest misconceptions of the American Revolution is that there is only one true narrative. All nations have founding myths and there is nothing wrong with that. However, ever since the American Revolution ended there has been this strange need to immortalize the founders–or treat them like American gods. For nation building, a founding myth makes perfect sense. However, that doesn’t mean it is always useful. I’m a social historian and when you look at the lives of Jefferson, Washington, or Adams the legacy they left as human beings is far more interesting and relevant than how we’ve built them up as mythology. These men and women were complex–just like us. They felt pain, they made tough decisions, and of course, they aren’t going to get everything right. The problem is that many people believe that you can’t question the founders because if you bring up their most unfortunate moments you are by proxy questioning the legitimacy of the nation. This has never made much sense to me since the founders as imperfect humans who struggled through their era the same way we do today is far more inspirational to a 4th grader, a college student, or a community member. It’s also a lot more honest. I come across this problem a lot in my studies since I research loyalists. Loyalists were usually not treated well by the founders. When I bring that up at a community talk or a podcast I usually face some sort of backlash because we’ve been conditioned to not argue against the motives of the founding generation or view any action they ever took as questionable.  The truth is you can still love, respect, and honor the founders and still treat them like human beings.

One thought on “Symposium Update”