Lord Dunmore’s War: The Opening of the American Revolution

After defeating Cornstalk, Lewis and his command crossed the Ohio River and advanced to within eight miles of the Shawnee villages at Pickaway Plains (near present-day Circleville, Ohio) on the Scioto River. The built Camp Charlotte on Sippo Creek and began peace negotiations with Cornstalk. On October 19, 1774. They signed the Treat of Camp Charlotte, whereby the Shawnee agreed to cease hunting south of Ohio River and to end harassment of travelers on the river. Logan did not attend, but agreed to cease fighting. However, the Mingo refused to accept the peace terms, and Maj. William Crawford attacked their village at Seekunk (near present-day Steubenville, Ohio), destroying the village. 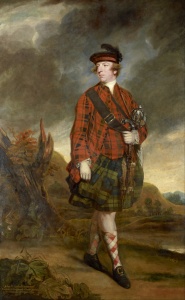 With the submission of the Shawnee, Lord Dunmore’s War ended. Dunmore began his return to the colonial capitol of Virginia at Williamsburg, proceeding by Redstone to Fort Cumberland, and on to Williamsburg. By the time that Dunmore and his troops made it back to Williamsburg, the Battles of Lexington and Concord occurred in Massachusetts, opening the Revolutionary War. As colonial governor of Virginia, Dunmore led the British war effort in Virginia, and by the end of 1775, the same militiamen who had fought at Point Pleasant managed to drive Lord Dunmore and the British troops supporting him out of Virginia. Dunmore’s gambit had failed miserably. Before being driven from office, Dunmore sought to form an alliance with the very same Indians he had defeated at Point Pleasant, prompting many Virginians to suspect that he had collaborated with the Shawnee from the beginning.

Lord Dunmore’s War is generally considered to be the opening engagement of the Revolutionary War. As one early historian of the Battle of Point Pleasant put it:

It will be seen by a review of the history of the colonies that prior to the Battle of Point Pleasant, not only the Colonists but England knew, as did Patrick Henry when he made his famous speech that “The War was inevitable.” The British Government seeing the fomentation in the colonies had made repeated concessions; willing to relinquish, if necessary, all but the principle of the Right of England to levy taxes upon the Colonists without giving them representation in the British Government. The Colonists were astir with intense excitement. The tea had been thrown over board in Boston Harbor and the Port had been closed by a bill passed by Parliament in March of that year. Meetings had been and were being held protesting against Royal oppression. That powerful engine of resistance, Committees of Correspondence had been formulating their ideas of resistance and the Virginia Assembly convened at Williamsburg in May, had passed an independent resolution setting forth that June 1st, 1774, should upon the making effective of the Port Bill be made “a day of fasting and prayer to implore the divine interposition for averting the heavy calamity, which threatens the civil right of America;” whereupon, the Earl of Dunmore, then Governor of Virginia, at once dissolved the Assembly. The Continental Congress had already convened and its every breath was ladened with resistance of British oppression.

Is it to be wondered at and is it not the most natural thing in the world, that Dunmore would try to devise ways and means to prevent Virginia from participating in the federation of the Colonies; and what more powerful instrument could he have set in motion to distract their attention from the clouds gathering in the East, than by setting in motion a band of howling Indians on the frontier, making it an absolute necessity that Virginia protect her homes, her women and children and her property rights, and this danger so eminent, could not be delayed. So calling together the flower of the Colonial Army of Virginia, which he promised should be united and together encounter the Indians in their homes, he should cause one branch to alone be attacked, hoping they would thus be destroyed and if only temporarily defeated, they would be so busy protecting the frontier and their homes they would have no time to go into the Colonial Army, confederated as they would be to resist the British Army, already many of whom were camping upon the plains of Boston. But to the surprise of Dunmore the Division of Lewis’ Army was victorious and the tide of American interests was changed.

Without the Army of Lewis, which was the great military training school of the Colony, many of whom went on into the Revolution and became many of them, officers of high rank, it would have been impossible for Virginia to have raised her quota of men and officers to have participated in that struggle for liberty; and without Virginia the Colonists would have thought it impossible, as it would have been, to have undertaken that struggle for independence. Without the entire support that Virginia gave George Rodgers Clark, who was in the Dunmore division, but who later conquered the North West Territory, weakening the otherwise impregnable back ground that constantly threatened the frontier and in whose territory did not close the struggle for American Independence until Wayne’s treaty twenty years later.

We think the opinions of the early writers of history we have quoted, the natural circumstances surrounding Dunmore at and previous to the Battle, makes it plain that although the battle was between the Colonists and Indians it is beyond doubt the first Battle of the Revolution, and the Government of the United States, while it has been tardy, is fully justified in making the declaration that the $10,000 appropriated for the erection of a monument is “An act to aid in the erection of a memorial structure at Point Pleasant, West Virginia, to commemorate the Battle of the Revolution, fought at that point between the Colonial troops and Indians, October 10th, seventeen hundred and seventy four.” While a shaft 82 feet high will stand as a sentinel upon the site where the dead were buried, form whence the battle was directed and subsequently the fort, built, it is a pigmy as compared with the fact that at last, after a lapse of One Hundred and thirty-four years, the Congress of the United States has officially called it as it is a battle of the Revolution, and if a battle of the Revolution it must of necessity be the first, as the hallowed Lexington was not fought, until April 19th, 1775, while that of Point Pleasant, was fought October 10th, 1774.

The battle in its acquisition of territory ceded by the Indians and previously ceded by France to Virginia but literally in control of the Indians until this time, this followed by the ceding of all the vast territory of the Great North West by Virginia to the infant republic.at the close of the Revolution with the cessation of Indian hostilities following the battle, permitting the Colonists to turn their attention to the expulsion of the English army and the overthrow of the British yoke, the moral effect that it had on Virginia, and thus on the Colonies, made it the farthest reaching in its effect an battle ever fought on the American Continent.

While this strong declaration perhaps overstates the case regarding Dunmore’s motivations in commencing the war, there seems little doubt that Lord Dunmore’s War had far-reaching and unforeseen consequences for the success of the American Revolution. As mentioned above, on February 21, 1908, the U.S. Senate passed Senate Bill 160 to erect a monument commemorating the Battle of Point Pleasant that identified Point Pleasant as a “battle of the Revolution.” Unfortunately, the bill failed in the House of Representatives and was never enacted. However, a handsome monument was erected on the Point Pleasant battlefield that specifically states that the battle was the opening of the American Revolution.

Sadly, the peace established at Camp Charlotte did not last long. On March 24, 1775, just before the Battles of Lexington and Concord, a renegade band of Shawnee attacked Daniel Boone along the Wilderness Road in Kentucky. In May 1776, the Shawnee then joined Cherokee chief Dragging Canoe in declaring war on the Virginia colonists, triggering the Cherokee-American Wars of 1776-1794. Little, it seems, was accomplished to secure the peace by Lord Dunmore’s War.

2 Responses to Lord Dunmore’s War: The Opening of the American Revolution