In my first post, I described my visit to the Oriskany Battlefield near Rome, New York, on a dreary day. Recent rain, mostly dried, still left streaks on the monuments. The denuded trees created deceptively open visibility quite unlike the heavy foliage that would’ve clogged the surrounding forest on August 6, 1777. Still, it was a great little battlefield to see, even in the off season. Today, I follow up with some photos from my visit. (Read part one for a battle summary and additional resources.)

The battlefield monument, dedicated in 1884, on the 107th anniversary of the battle

Oriskany Battlefield as a New York State Historic Site, administered by Fort Stanwix National Monument. The state marker says the British forces were defeated at Oriskany, but the outcome of the battle was actually more ambiguous than that.

Brig. Gen. Nicholas Herkimer led a force of about 800 men to the relief of Fort Stanwix—and, unbeknownst to him, into a trap along the way.

Looking down the eastern slope of the ravine Herkimer’s men descended; the western bank, more gentle, slopes upward on the far side of a small creek. 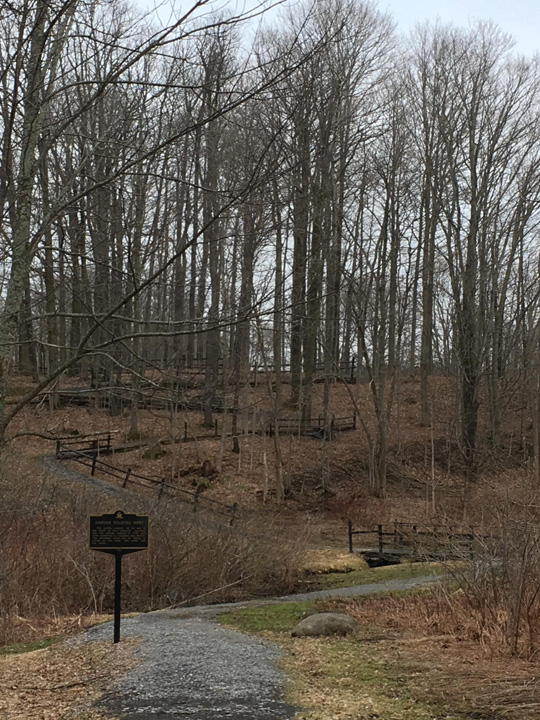 The eastern bank of the ravine as seen from the western bank. Herkimer’s men descended the slope and crossed the creek. When the head of the column reached the area around the sign in the foreground, British forces sprung their trap.

Herkimer, unhorsed and wounded in the leg, made his way to a beech tree at the top of the western slope, and from there, tried to direct his men in battle. A monument now marks the former location of the tree. 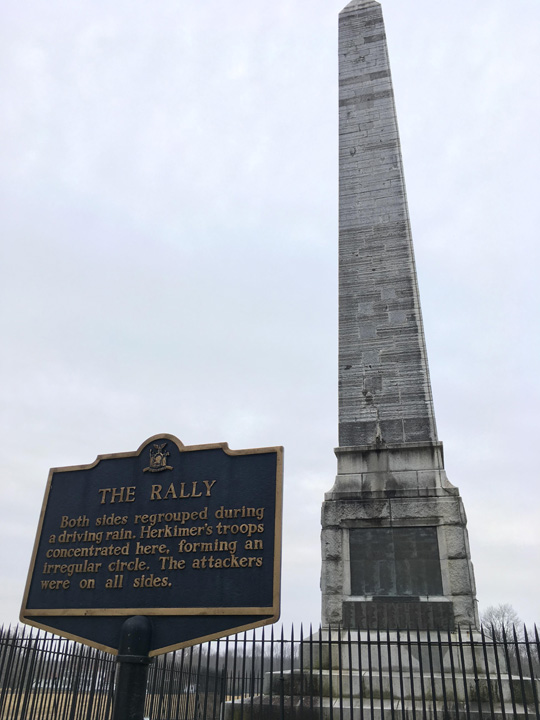 Initially routed when the British sprung their trap, Herkimer’s men rallied on a piece of high ground beyond the ravine. The battlefield obelisk now stands on the site.

Additional monuments stand on the crest of the east bank of the ravine, erected by the Daughters of the American Revolution “with the special object of making a national park of the Oriskany Battlefield.” In 1963, the U.S. Department of the Interior designated the battlefield a National Historic Landmark.