Part One of Six

On August 2, 1776, in Philadelphia, Pennsylvania, the majority of the 56 men who would forever be known as the “Signers of the Declaration of Independence” placed quill to ink and affixed their signature.

On September 17, 1787, the men who persevered, haggled, and agreed on the United States Constitution, dipped a quill into ink and placed their signatures on that famous document.

If one looks closely and reads the names of the signers, six gentlemen’s names would appear on both documents. If one hazarded a quick guess, Thomas Jefferson, John Hancock, John or Samuel Adams, George Washington, and Benjamin Franklin would most likely be the first names to spill off the tongue.

Only one of those names would be correct; Benjamin Franklin. This post, the first in the series, will shed light on whose these men were, who had the great fortune–or luck?–to sign both famous political documents. The first of the “Six Signing Signers” is….. 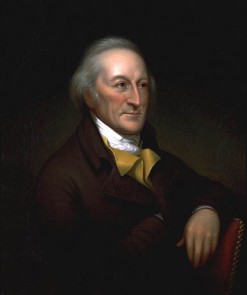 He was born in Philadelphia, Pennsylvania on March 16, 1739 and orphaned the next year, but had the good fortune to be raised by a wealthy extended family member. The uncle who would raise George, also paid for his education and upon finishing his studies, had him placed in a clerk position.

Clymer’s rise, due to nepotism, was rapid and was soon thereafter a partner in his uncle’s mercantile business. When the surrogate father died, Clymer became the owner of the business. He showed a clever and adept mind for business. He merged with a rival mercantile enterprise in Philadelphia and cemented the partnership by marrying his new partner’s daughter, Elizabeth Meredith on March 22, 1765.

With his interests being in trade, much like John Hancock in Massachusetts, Clymer was concerned about the legislation being passed by the British Parliament. He embraced the patriotic cause early on, being a leader in demonstrations and protests against the Tea and Stamp Act in Philadelphia. In 1773, he assumed  a position on the Committee of Safety and was elected to the Continental Congress in 1775. He was one of the first in the colony of Pennsylvania, known for its anti-war strong Quaker influenced population, to advocate for independence from Great Britain.

During that first year, 1775-1776, Clymer was thought of highly and was one of two treasurers for the Continental Congress. Silent in whole sessions of the Congress, Clymer’s intellect and grasp of important matters in commerce, finance, and the military was at the forefront of smaller committee discussions. When Congress evacuated his hometown in December 1776, Clymer was one of the only delegates to stay behind and continue to carry on congressional business and matters.

His role in the patriot movement was of such ire to Great Britain that after winning the Battle of Brandywine, fought on September 11, 1777, British troops detoured over 20 miles from their route just to lay waste to his country estate. Luckily for Clymer his wife and children received advance warning of the approaching British and were able to seek refuge in the nearby woods.

Near the end of the American Revolution, Clymer briefly retired from the political world but by 1784 he had been reelected to the Pennsylvania legislature. He was an avid proponent of a bicameral legislature, advocated a reform of the penal code, and was in the opposition of capital punishment. His commitment to cause and country carried over into the Constitution Convention, where he was a dedicated member–his absence from the Convention was minimal.

After New Hampshire became the ninth state to ratify the U.S. Constitution which made it law, Clymer would be elected to represent Pennsylvania in the House of Representatives, serving one term. He followed up this assignment with a myriad of other posts in his ; as collector of excise taxes for Pennsylvania and  sitting on a committee to negotiate treaties with Native Americans (Clymer’s inclusion was at the behest of the president).

In retirement Clymer stayed active and took a heavy interest in community advancements, including promoting the Philadelphia Society for Promoting Agriculture and the Pennsylvania Academy for Fine Arts.He also donated property for what would become the county seat of Indiana County, Pennsylvania.

At the age of 73, on January 23, 1813, Clymer passed away at Summerseat, his estate on the outskirts of Philadelphia near Morrisville. He was buried across the river, in the town that was the scene of a turning point in the American Revolution, Trenton, New Jersey. His remains are interred at the Friends Burying Ground. 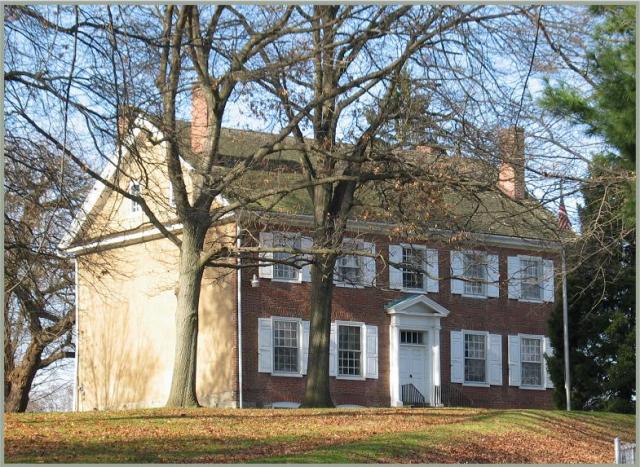 This quiet, dependable, and committed American patriot, left a model for us to emulate; actions will speak louder than words.