The Journal of Nicholas Cresswell, Part 2

An Englishman on the Frontier

Nicholas Cresswell left Alexandria for the Illinois Country on March 16, 1775, his correspondence as yet unknown to the local Committee of Safety.  The Ohio River served as a highway to the west, so he headed for its origin at Pittsburgh.  Along the way, he stopped to visit the battlefield where French and Indian forces defeated Major General Edward Braddock in July, 1755.  Cresswell and his traveling companions found “great numbers of bones, both men and horses.  The trees are injured, I suppose by the Artillery…the greatest slaughter seems to have been made within 400 yards of the River…We could not find one whole skull, all of them broke to pieces in the upper part, some of them had holes broken in them about an inch diameter, suppose it to be done with a Pipe Tomahawk.”[i]

Initial Dispositions of the Battle of the Monongahela.  Cresswell walked the battlefield on his way to Pittsburgh in 1775.  (Library of Congress)

While Kirk had made Cresswell an erstwhile partner in the land venture, he did not finance Cresswell’s trip down the Ohio.  Cresswell had to commission two dugout canoes, hire a guide, and procure supplies by bartering away options on his portion of the land.  He managed it satisfactorily: “I have now a prospect of making money without advancing any.  This suits my circumstances very well.”[ii]

Cresswell did not set out alone.  It was customary for groups of people to travel together for multiple purposes, joining and leaving a river-borne caravan as interests dictated.  On May 4, Cresswell and his group arrived at Wheeling Creek, the site of Fort Fincastle and today’s Wheeling, WV, where they were joined by Captain George Rogers Clark.  Cresswell and Clark are a study in contrasts: Cresswell, the young, loyal Englishman from a prosperous family who had left his home of necessity to seek his fortune; the slightly younger Clark already an experienced explorer, surveyor, veteran of Lord Dunmore’s War (fought while Cresswell was traveling across the Atlantic in 1774), and a Virginia patriot.

But, they seemed to get along well enough.  Cresswell found the new member of his party “an intelligent man” and welcomed Clark’s instruction over the uses of some native plants.[iii]  By May 24, when Clark left the party, fears of Indian raids and political disagreements had not sundered their cordial relationship.  Cresswell concluded, “Clark always behaved well while he stayed with us.”[iv]

Although Cresswell was nominally bound for Illinois, his party turned south to ascend the Kentucky River and head for the new settlements there.  Throughout the entire trip they had encountered growing numbers of frontiersmen and families headed east, fleeing increased tensions with Native Americans and rumors of attacks on settlers in Kentucky.  When a bison stampede wrecked one of the canoes (which Cresswell had joined together into a catamaran), the party lost the bulk of its remaining supplies.  Taking stock of their situation at Harrod’s Landing, men began leaving the motley flotilla.  On June 8, Cresswell decided to join four men headed back down the Kentucky to the Ohio and thence to Pittsburgh. 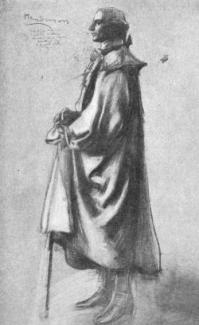 At a landing on Elkhorn Creek, Cresswell encountered Captain Hancock Lee and a surveying party.  Lee worked for the Transylvania Company, a land speculation conglomerate created by North Carolinian Richard Henderson.   Henderson had already sponsored several exploratory trips into Kentucky, including Daniel Boone’s 1773 excursion.  But, on Christmas Day 1774, Henderson’s company set its land prices and policies and then sought to negotiate a treaty with the Cherokee Nation, which “owned” Kentucky.[v]  Just before Cresswell departed Alexandria in March, 1775, the Transylvania Company signed a treaty with the Cherokee and acquired the land between the Cumberland and Kentucky Rivers, constituting much of modern Kentucky and Tennessee.[vi]

The Transylvania Company’s purchase was controversial from the start.  It lacked the authority to negotiate and acquire land from Native Americans, the support of a colony, and the sanction of the British government.  Nevertheless, Henderson moved quickly to settle the land, likely betting that de facto occupation would result in de jure ownership. Lee’s surveying mission was part of that process; Daniel Boone and a group of settlers would establish Boonesborough later in the year.

Cresswell held a low opinion of Henderson’s machinations, which were in competition with those of Virginia.  The larger colony had a better claim until Britain passed the Quebec Act as one of the Intolerable Acts, but Virginians like Cresswell’s sponsor James Kirk, still believed their legal claims were stronger.  Cresswell noted of Henderson’s plans, “some Carolina Gentleman, who pretends to have purchased the Land form the Indians, but with what truth I cannot pretend to say as the Indians affirm they have never sold these lands…They sell it about five pounds sterling a thousand acres, subject to an annual quit rent of five shillings per thousand…It is surprising what numbers of people has taken up lands on these terms, tho’ they are generally of the most profligate sort, in short it is an asylum for rascals of all denominations.”[vii]

Still, Lee’s party treated Cresswell and his group kindly, helping them acquire and repair an old canoe to replace their leaking vessel.  Near the mouth of the Kentucky River, Cresswell’s party joined a group sponsored by Captain Michael Cresap, son of a famous frontier developer Thomas Cresap.  Altogether, the new party held fourteen people and reflected the vast number of national and ethnic groups that populated the thirteen colonies: “two Englishmen, two Irishmen, one Welshman, two Dutchmen, two Virginians, two Marylanders, one Swede, one African Negro, and a Mulatto” in three canoes.  Cresswell anticipated plenty of arguments and wasn’t far off the mark.[viii]

Although the Ohio’s current flowed slowly, moving against it for days on end was hard work.  They made slow progress, exacerbated by the need to frequently go ashore and hunt for food, mostly meat they could turn into jerky.   Hunger set in while their clothing deteriorated in the wilderness.  The soles separated from Cresswell’s shoes and he went barefoot much of the time.  Fear of Indians grew.  A chance encounter with a large group of Native Americans caused panic in anticipation of a fight.  Cresswell’s party threw its precious remaining provisions overboard, readied the only two working firearms in the group, and paddled for all it was worth trying to escape.  Some men cowered in the bottom until Cresswell threatened to shoot one.  The Englishman’s sense of relief on finding out that the Indians were friendly was palpable.  After a brief visit, the party continued up the Ohio River “very merry at the expense of our cowardly companions.”[ix]

On June 30, they reached the mouth of the Great Kanawha River and found Fort Blair abandoned.  Some locals informed them that English troops had exchanged fire with Yankees near Boston with several thousand killed.  Cresswell, whose disposition towards Americans had not improved during his trip, wrote only “I hope it will prove that the English have killed several thousand of the Yankees.”[x]

The group also began to break up.   Cresap’s men were on wages and some started leaving individually for home.  Those who remained were more inclined to keep a steady pace and rest along the way.  Lacking supplies or nearby homes, Cresswell and his colleagues plunged ahead.  His July 4, 1775 diary entry describes the state of affairs:

Got to the mouth of the Little Conhaway [Kanawha] about noon when I found myself very sick at the stomach for want of meat.  Went ashore and got a little Ginseng root and chewed it which refreshed me exceedingly.  In the evening got to one Doctor Briscoe’s plantation about a mile from the River.  It was night when we got there, found the house deserted, no Corn, Fowls, or meat of any kind.  We all went into the Garden, dark as it was, to get Cucumbers or anything we could find that we could eat.  Found a Potato bed and I ate about a dozen of them raw and thought them the most delicious food I ever ate in my life.  Heavy and constant rain all day.  Made a fire in the house, dried ourselves, and went to sleep.  Very much fatigued.[xi]

Cresswell eventually reached Pittsburgh, encountering several Americans instrumental in assembling a grand council with the Native American nations that lived between Pittsburgh and the Mississippi.  These included Captain James Wood, who did the legwork assembling the council on behalf of Virginia and the Continental Congress, and two Pennsylvania delegates, Arthur St. Clair and James Wilson.  Ironically, he stayed at an inn run by the sister-in-law of Lord Dunmore’s western agent, John Connolly.  Cross-cutting political loyalties were unavoidable in tiny Pittsburgh.

On August 18, Cresswell set out for the heart of the Lenape Indian territory in the Allegheny and Muskingum River Valleys.  He hoped to trade some goods he had acquired earlier and generally found the Lenape Indians a pleasant and admirable people.  He interacted with two senior leaders who proved instrumental in the Revolution’s unfolding in the Upper Ohio Valley: White Eyes and John Killbuck, Jr.  With no further prospects, he returned to Alexandria in October, where Kirk was relieved to see him, having feared him killed on the frontier.  Politics and the war had grown more intense with each mile eastward that Cresswell travelled from the Kentucky River.  Now, back in Virginia, he declared, “it is open rebellion and I am convinced if Great Britain does not send more men here and subdue them soon they will declare Independence.”[xii]  The prospect horrified him.

The Journal of Nicholas Cresswell, Part 1

[v]                 Native American concepts of land ownership differed radically from those of European Americans, even after more than 150 years of interaction.  Several Indian nations claimed hunting rights in Kentucky and it was no more in the Cherokee power to “sell” Kentucky than it was in Henderson’s authority to buy it.

5 Responses to The Journal of Nicholas Cresswell, Part 2