No other classical text had more of an influence on princes and young officers of the 18th century than Flavius Vegetius’s De Re Militari. For centuries, the ancient Roman manual on the art of war inspired men to professionalize the militaries of Europe. Standing armies were formed to fight for King and Country. Officers whipped their men into shape, drilling and disciplining by the book. As conflicts erupted throughout the world, the British armies took to the field waging war over royal successions. They emerged as a dominant force on the European continent. Vegetius continued to influence the conduct of His Majesty’s Forces and it appeared as if his principles were to become a mainstay in British military doctrine. Then, as the second half of the 18th century began, tension between England and France over colonial possessions in North America boiled over. By the spring of 1754, armed conflict had ignited an undeclared war in western Pennsylvania. Less than a year later two royal regiments (the 44th and 48th Regiments of Foot) had left Ireland and disembarked in the colony of Virginia.[1] In North America they were confronted by a different way of war – an unconventional one. Would Vegetius’s principles and the doctrine he influenced continue to remain true? Or could only a departure from his art and science of war prepare England’s forces to combat the new threat?  War does not change, but warfare does, and Vegetius’s classical influence began to fall out of favor.

This two-part essay will demonstrate that Vegetius’s military influence on the British Army officially began to diminish during the French and Indian and American Revolutionary Wars (1754-1783). To do so, this essay will analyze Vegetius’s initial influence on England’s military thinkers and officers during the Age of Enlightenment. It will then examine why the departure from this classical military theory and science was necessary and how it transformed the way that the British Army approached war at the moral and physical levels. It will then summarize and conclude.

Flavius Vegetius Renatus was a high-ranking official in the Roman Empire during the 4th century. It is quite possible that he served in some sort of financial position for the court which would have given him insight into military matters.[2] He was not a soldier, and he approached the art of war as a historian. When compiling his most famous work on Roman military institutions he desired to write a treatise, “for public use, [regarding] the instructions and observations of our old historians of military affairs, or those who wrote expressly concerning them … to exhibit in some order the peculiar customs and usages of the ancients….”[3] Vegetius began writing in the late 4th century during a time of decline for the Roman military. He had hoped that the Emperor would accept his work as a set of mere suggestions, or precedents demonstrated by the “ancients.” While it had not been used widely by his contemporaries, his treatise, On Roman Military Matters (De Re Militari), became a crucial piece of military thought and theory in Europe centuries later.

Flavius Vegetius’s field manual, On Roman Military Matters, written around 386 A.D., offered its readers a glimpse into the discipline and organization, and weapons and tactics utilized by the Roman Legions.[4] Through the medieval period in Europe, Vegetius’s book on the art of war served as an essential part of any prince’s military education. According to Dr. Charles S. Oliviero of Norwich University, “Until Clausewitz’s Vom Kriege appeared in 1832 to guide those who would understand the nature of Napoleonic warfare, no single writer in the West was more influential than Roman historian and writer Flavius Vegetius Renatus.”[5] On Roman Military Matters laid the groundwork for maintaining a professional standing army through discipline, organization, training, and administration. It also provided 26 chapters on strategy, tactics, and the principles of war, which were widely read and implemented by rulers and officers. The various tactical movements listed greatly influenced linear formations and battlefield maneuvering, which evolved to accommodate new weapons technology as time went on. Following the Renaissance, his influence widely reemerged in the 18th century at the onset of the Age of Enlightenment in Europe.

The Age of Enlightenment brought on a period in Europe known as the Military Enlightenment as well. According to historian John Lynn, “The Military Enlightenment followed the program of the broader Enlightenment, which sought to pattern study and knowledge after the natural sciences. By doing so it hoped to provide simple but fundamental, almost Newtonian, empirical truths, even in the realms of human psychology and conduct. Science seemed basic to all understanding.”[6] Military thinkers and officers turned to classical texts for direction in organization and tactics. Operating in compact linear formations, the geometric nature of a 18th century battlefield was perceived to be scientific. The commanding officer was required to possess a certain type of genius, but nearly everything on a battlefield could be measured and predicted. Antoine-Henri Jomini carried this belief into the 19th century, but before his famous theories presented in The Art of War were published, European officers turned to earlier works in order to better understand the principles of war and warfare.

It was believed by many military reformers in Europe that Vegetius offered these tactical principles. “Vegetius,” John Lynn described, “… inspired such military advances as battalion organization, firing by countermarch, and marching in step. This process was a later phase of that earlier intellectual phenomenon, the Renaissance.”[7] Book III of On Roman Military Matters offered guidance in tactics for linear style formations (seven possible tactical formations to be exact). The closed ranks that the Roman Legions maneuvered in were meant to instill discipline by not allowing any room for men to turn and run or fall out of order. Again, these formations influenced a geometrical view of the battlefield. From afar a battlefield would resemble a series of thick and thin lines moving back and forth against each other. These lines could be turned at various angles and degrees to meet threats coming from any direction. It became easier for officers to control and command their men if they could remain in a tight-packed linear formation. This was not a simple task, but with properly educated men at the helm, and disciplined troops on the ground, it became more easily quantifiable and predictable. In the 18th century, war and warfare were viewed as a profession in their own right.

Battle of Fontenoy, 1745, a classic example of a linear engagement

On Roman Military Matters also offered guidelines for training and disciplining men in order to turn them into professional soldiers. “Victory in war,” Vegetius explained, “does not depend entirely upon numbers or mere courage; only skill and discipline will insure it …. The courage of a soldier is heightened by his knowledge of his profession, and he only wants an opportunity to execute what he is convinced he has been perfectly taught.”[8] Eighteenth century European armies were built on this principle. In fact, it was the most important that Vegetius offered them. To supplement the drilling and training of armies, discipline could also manifest when a force was unilaterally “governed by one and the same order.”[9] The Romans fought under the banner of the Emperor, and later the English under the banner of the House of Hanover (Kings George II and III). Unified armies serving with a single allegiance best displayed a determination to stand together and fight for a common cause. In the 18th century, European armies were primarily fighting for a ruler, not a state. Vegetius wrote specifically for his emperor because war and warfare, as a profession, fell within a ruler’s realm of responsibilities. British military theorists continued this tradition, writing for the king in hope of obtaining his approval and praise. The search for modern military doctrine in 18th century England harkened directly back to Vegetius. His model of discipline was a foundation for theorists to build on. 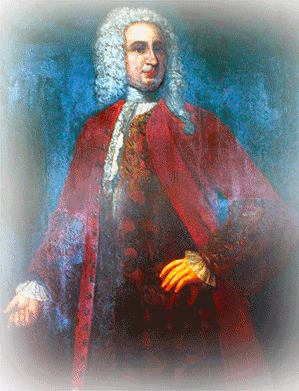 In 1727, Major General Humphrey Bland released his first of no fewer than nine editions of A Treatise of Military Discipline. Bland’s Treatise was inspired by Vegetius to educate British officers to whip their enlisted men into shape and transform them into capable, effective warriors. Bland’s treatise was the basis for discipline, organization, and training in the British Army. “In many ways,” historian Armstrong Starkey explained, “Vegetius echoed Bland’s description of the rules of proper military discipline, the ‘military manner’ that young recruits are taught even today. The focus is on the troops.”[10] Bland wrote his manual in order to compose a contemporary English treatise on the art of war in its entirety, which had not previously existed to his knowledge. He desired to leave behind a form of guidance for the future generations of British officers who would carry on the traditional excellence of His Majesty’s Force’s on the battlefields of the world:

By considering how few old Officers remain, and that they are diminishing every Day, I hope I shall not be censured for having ventured to commit to Writing the little Knowledge I have acquired in Military Matters, for Instruction of those who are yet to learn; who, in a little Time longer, if they have no Opportunity of going Abroad, and wanting the Examples of old Officers to guide them, may not think it useless to have Recourse to this Account of their Duty, however imperfect it may be…. It has been the Practice of all Nations, ancient and modern, even where the People have been blessed with the highest Liberty, never to admit of a military Independence upon their military Superiors: I look upon it as the Band which ties the Whole together, and, without it, all our Rules and Forms to be of no Use.[11]

Vegetius and Bland were read by all commissioned officers, and served as the foundation of military thought and discipline for the younger generation of leaders emerging in the British Army. However, when British regular regiments were ordered to the colonies in 1755 to square off with France and her colonial forces, their officers would soon find out that Vegetius’s classical principles and Bland’s modern guidance were becoming outdated.

Part Two will continue with an analysis of the British Army’s departure from classical military influence during the latter half of the 18th century in North America.