This day was the date that the assembled Second Continental Congress voted on the draft of a document that was Richard Henry Lee, a delegate from Virginia had put forth in a measure, in June, to be voted on declaring;

“That these United Colonies are, and of right out to be, free and independent States, that they are absolved from all allegiance to the British Crown, and that all political connection between them and the State of Great Britain is, and ought to be, totally dissolved.”

On July 4, two days after this resolution passed, the final and formal version was approved by Congress. John Hancock, president of the Continental Congress affixed his signature boldly and largely at the bottom of the document. Eventually 55 other men would place their signature on the Declaration of Independence, with Thomas McKean, generally accepted, as the last to sign the document, possibly as late as January 1777.

Copies were made and four days later, on July 8, the first public reading occurred in Philadelphia. George Washington had the document read to the Continental Army in New York on the following day, July 9. 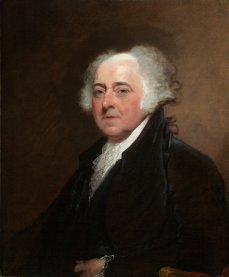 For John Adams, future second president of the United States, the second day of July would and should be the day to remember American Independence, as he wrote;

“The most memorable Epocha, in the History of America. I am apt to believe that it will be celebrated, by succeeding Generations, as the great anniversary Festival…It ought to be solemnized with Pomp and Parade with shews, Games, Sports, Guns, Bells, Bonfires, and Illuminations from one End of this continent to the other from this Time forward forever more.”

And that is how many Americans choose to celebrate the anniversary of the Declaration of Independence, however, usually two days later on July 4th. Yet, it took another war; World War II, for July 4th to become a national paid holiday for workers of the Federal government when Congress approved it in 1941.

*Feel free to add any interesting historical tidbits about the Second Continental Congress, the signers, or 1776 below!*