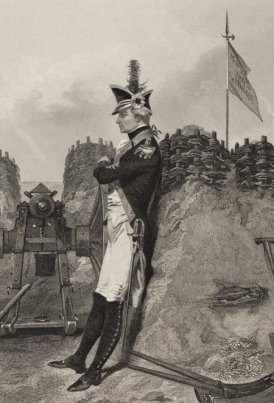 Alexander Hamilton has reappeared as a modern pop star with the wide success of the Broadway musical “Hamilton.” Due to this success, most people today know that Alexander Hamilton met his end in a duel with Aaron Burr on the banks of the Hudson River. But this was not Hamilton’s first involvement in a duel, nearly 26 years earlier Hamilton found himself embroiled in a feud with one of highest ranking Continental officers, Maj. Gen. Charles Lee.

It all started on June 28, 1778 at the Battle of Monmouth. The beginning of the battle had gone against the Americans and Lee, who was in command of the vanguard was ordering a retreat in front of the British. Washington, seeing the retreat rode ahead and encountered Lee. What was said between the men has been debated since that day, but what is not indisputable is that Lee took offense.

After the battle, Lee stewed over the encounter. Washington for all accounts moved on and even left Lee in command of the rear guard. Lee demanded an explanation to what he believed was an inexcusable affront on the battlefield. Washington ignored most of Lee’s letters, but eventually Washington could not ignore Lee any more as Lee became more inflammatory. Soon, Washington put Lee under arrest for his conduct at the battle and for his letters to the general-in-chief. The court martial began ironically enough on July 4th.

Due to the army continuously moving from post to post to post, the trial moved as well and was delayed. Lee made his final statements that personal animosity worked against him. He faced the best of the British army that day, with ambiguous orders that gave him discretion over how to lead the vanguard. The situation on the field dictated his decisions. But unfortunately for Lee, it was clear to everyone but him that a not guilty ruling was a mark against Washington, who was seen as a hero after the battle. Much to Lee’s dismay, he was found guilty on all three counts. Though shocked, Lee hoped that Congress would step in and reverse the convictions. 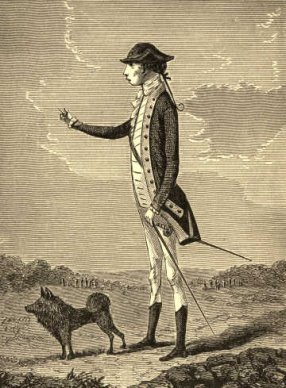 By August 12th, the court martial came to a conclusion.

Lee’s supporters (which included powerful men such as Samuel Adams and Richard Henry Lee) in Congress could not stop the confirmation of the findings of the Court Martial. On December 5th, after much lobbying, the Congress agreed with the findings and upheld the court martial. Lee was punished by being removed from active service for one year. Lee, ever bitter, continued to put pen to paper and send accusatory letters about Washington and his circle of confidants such as Alexander Hamilton and Henry Laurens to papers in New York, Philadelphia and Baltimore. Lee began to irritate more and more Continental officers with his continuous attacks on Washington and the army. As Lafayette explained of Lee, “he was not missed.”

One such Continental officer that took cause with Lee’s writings on Washington’s character was one of his staff officers, Lt. Col. John Laurens. Laurens, along with Alexander Hamilton never trusted Lee and believed he was behind many maneuvers to have Washington removed from command. Now after the court martial and Lee publicly calling out Washington for his experience and character, a young Laurens had had enough. While Lee was awaiting his fate as the Continental Congress reviewed his conviction, he received a challenge to a duel from Laurens. Lee, in frail health from a fall and his continual battle with gout, accepted Laurens challenge on December 22, 1778.

Since Lee and Laurens were both still in Philadelphia, the duel took place on the next day just outside of the city. Both men selected their second, Lee picked friend Evan Edwards and Laurens brought Hamilton. All preparations by the seconds were made appropriately and the men stood apart and agreed to walk towards each other to within five or six paces. The men fired nearly at the same time, Lee was grazed on his side by Laurens, but Lee’s shot missed completely. Both Edwards and Hamilton claimed the offense was satisfied and the duel was over. This classic 18th century custom on gentlemen left no hard feelings from Lee towards Laurens as Lee said “the young fellow behaved splendidly.”

Though Laurens and Hamilton never made amends with Charles Lee, both men remained important players in Washington’s inner military circle. Sadly, Laurens would die needlessly on August 27, 1782 in a skirmish along the banks of the Combahee River in South Carolina. Hamilton became one of Washington’s closest confidants during his presidency and evoked strong emotions from friends and enemies. His combative style led to his more famous duel with Aaron Burr on July 11, 1804 at Weehawken, NJ.