Captain John Ashby and his fellow Virginians would face their greatest test of the war on the afternoon of September 11th, 1777 at the Battle of Brandywine. Following a wide flank march the bulk of the Crown forces emerged on Washington’s right flank, ready to trap and smash the Continental Army. Washington reorganized his line, drawing men north in a desperate attempt to meet the new threat. The Third Virginia was ordered into position far in advance of the American lines – their objective was to hold a wooded hill near the Birmingham Friends Meeting House in order to buy time for the rest of the American troops to take up position. Ashby and his fellow officers arranged their men among the buildings and woodlot of the Samuel Jones farm and awaited the attack that was certain to come. 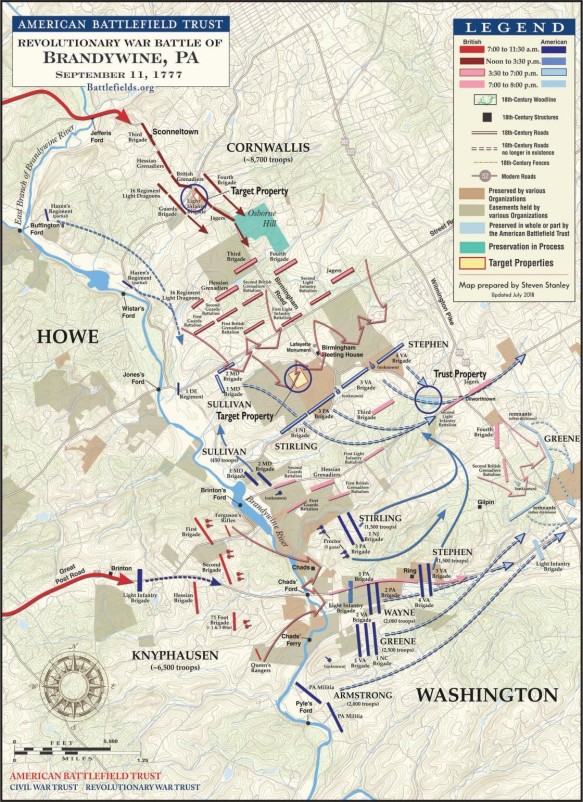 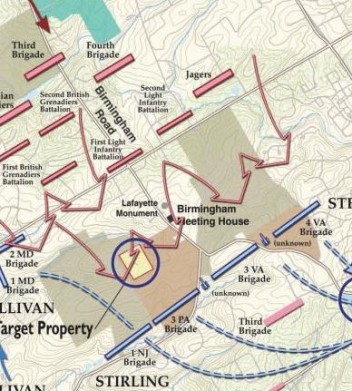 Detail from the above map. The Third Virginia were initially deployed near the intersection of modern Street and Birmingham Roads (American Battlefield Trust)

Across the field the Jaeger Captain Johan Ewald arrayed his men in a thin skirmish line in front of the main body of the crown forces. The German veteran pushed forward and soon made contact with the Virginians. Firing erupted from the 200 or so Virginians, driving this initial probing force back.[1] Soon Ewald and his force would return, this time with the full weight of the British advance behind them. British light infantry marched quickly south from Osborne Hill, pushing the Virginians out of the Jones farm and south to the Birmingham Meeting House. As they fell back the Virginians found cover behind the three foot wall surrounding the nearby Quaker cemetery, turning the burial ground into an ersatz fortress. For nearly an hour they held their ground against the best the British army could throw against them.[2] With a frontal assault against the Virginians stalled, the British infantry extended to their right and left to flank the Meetinghouse. At the last possible moment the Virginians slipped away from their position and rearward to take their place with the main Continental battle line. They had accomplished their mission, however. They had bought the time Washington needed to shore up his line and extract his army in good order. The Continentals lost the battle, but lived to fight another day. 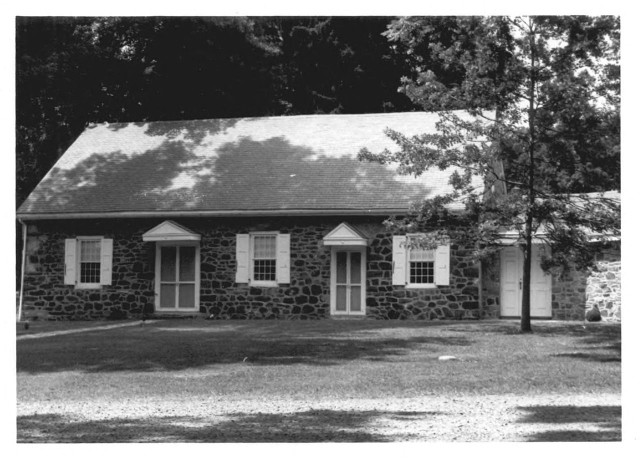 The Birmingham Meeting House as it appeared in the 1970s (Wikipedia) 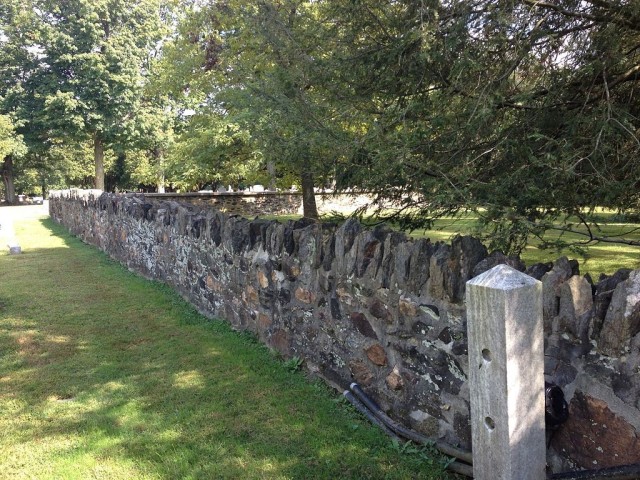 The cemetery wall where the Virginians made their stand (Wikipedia/Staury01)

The Third Virginia suffered heavily in their defense of the Meeting House. Out of approximately 200 men who went into action that day over forty men and seven officers fell on the field dead or wounded[3]. Among the dead were Lt. Robert Peyton, Lt. Apollos Cooper, and Lt. William White. Captain Francis Lee was gravely wounded, as was Captain John Chilton. Wounded in the side, Chilton refused to leave the field and was propped up on a tree where he could watch the battle swirling around him. He expired later that evening in a local meeting house turned hospital.[4] Captain John Ashby did not escape the battle unscathed. He watched as a mounted officer went down near his position. As he went to the officer’s aid he too was hit by British fire. Ashby’s wound was relatively minor, however, and he stayed on the field to urge his men onward. The officer he attended to, according to tradition, was the young Marquis de Lafayette.

In the aftermath of Brandywine the Third Virginia reformed and readied themselves for the next battle. A few weeks later they were engaged again at Germantown. For Ashby, however, his wartime service was coming to an end. Troubled by his Brandywine wound Captain Ashby resigned his commission on October 28th.[5] He returned to Fauquier County and and other than a short stint commanding some Virginia Militia in 1780 his military service was finished. He lived out the rest of his days at his estate Belmont near Delaplane before passing away in 1815. His descendants carried on the family tradition of military service. Five of his sons served as officers during the War of 1812. A generation later John’s grandson, Turner Ashby, would gain fame during the Civil War as the “Knight of the Confederacy.” 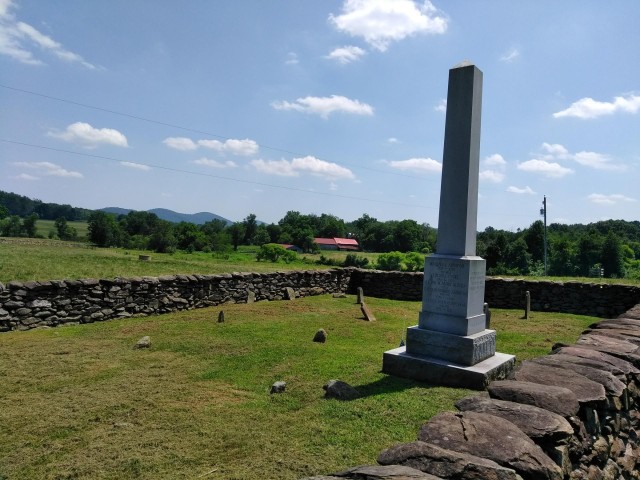 The Ashby Family Cemetery near Delaplane, Virginia. Final resting place of Captain John Ashby, as well as much of the rest of his family. The cemetery is on private property but can be seen easily from the road (Author’s photo)

Ten years after John Ashby’s death the Marquis de Lafayette returned to America in a triumphant tour of the new nation. He visited Warrenton on August 23rd, greeting a massive crowd of well wishers on the lawn of the Warren Green Hotel. The old revolutionary asked about the whereabouts of John Ashby, recalling how the Virginian came to his aid nearly 50 years before. Although Ashby had long since passed the memory of the Captain and the Third Virginia lived on. Together Lafayette and the crowd toasted “To the memory of our countrymen – officers and soldiers of the Third Virginia Regiment, who gallantly fell in defence of the rights of man.”[6] 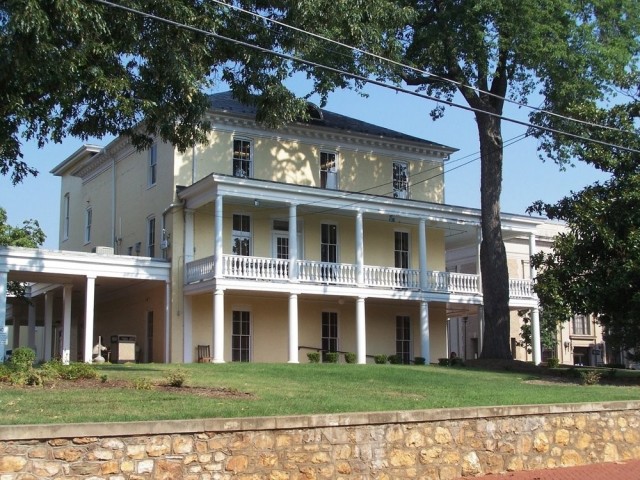 The Warren Green Hotel, where Lafayette toasted Captain Ashby and the men of the Third Virginia (Mosby Heritage Area Association)

The American Battlefield Trust is currently raising funds to preserve a 21 acre portion of the Brandywine battlefield. To find out more please click here.